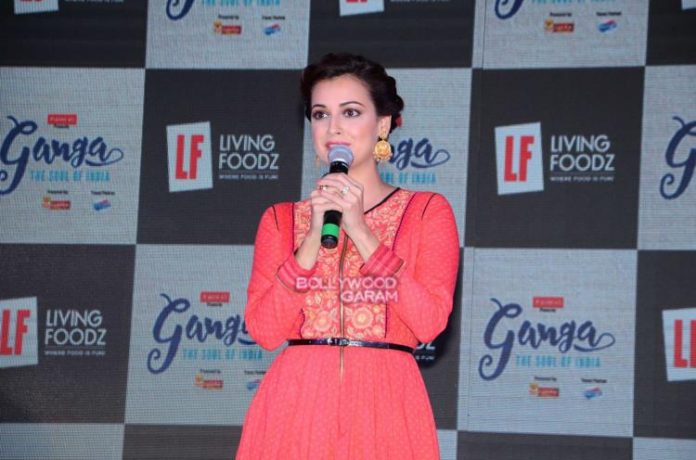 Actress Dia Mirza launched the new TV show ‘Ganga – The Soul of India’ on the channel ‘Living Foods TV’ at an event in Mumbai on April 19, 2016. Dia will be seen as the host travelling the lengths of Ganga while learning about culture.

The actress at the event said, “It is impossible for me to encapsulate in a sentence the boundless joy, the learning, the discovery, the adventure “Ganga-The Soul of India” has brought to my life.”

The channel Living Foods TV was launched in September 2015 and is a part of Living Entertainment brand of channels.