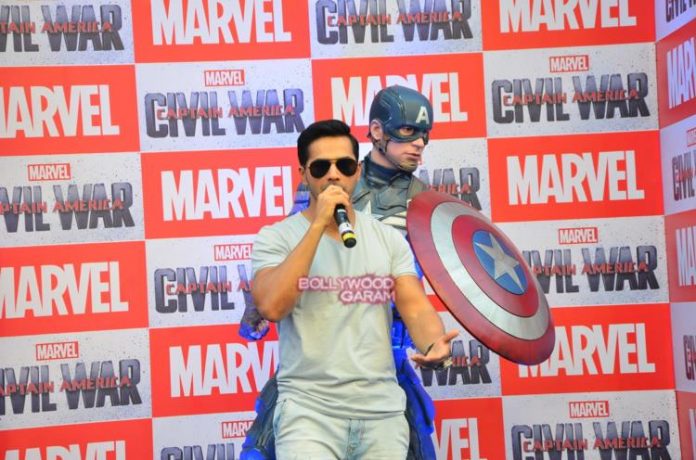 Bollywood actor Varun Dhawan unveiled a special statue of the super hero Captain America at a promotional event in Mumbai on April 21, 2016. Dhawan will be lending his voice for the Hindi dubbed version of ‘Captain America’.

Dhawan at the promotional event said, “I like Captain America because he is old school and it is important that we take such characters forward”.

The actor also described the super hero as a mature and a sober kind of person.