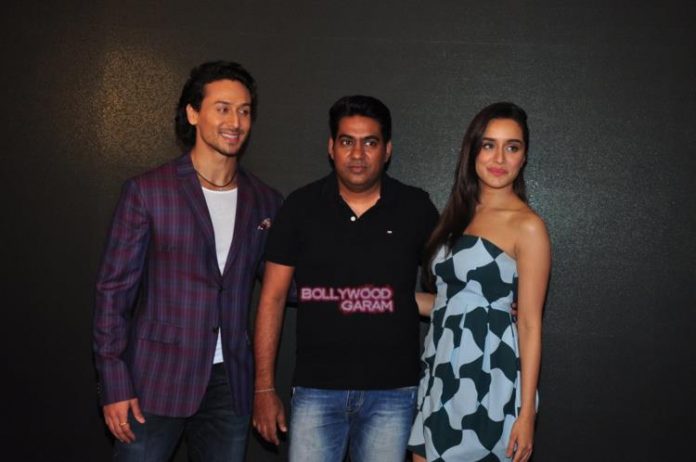 Actors Shraddha Kapoor and Tiger Shroff promoted their upcoming movie ‘Baaghi’ at an event in Mumbai on April 22, 2016. The promotional event also saw the presence of director Sabbir Khan.

Shraddha looked pretty in an off-shoulder printed outfit while Tiger was seen in a casual blazer, jeans and t-shirt. The movie ‘Baaghi’ will see Tiger performing some never seen before stunts. The producer had hired a team of 50 people to keep Tiger’s look in the flick under wraps.