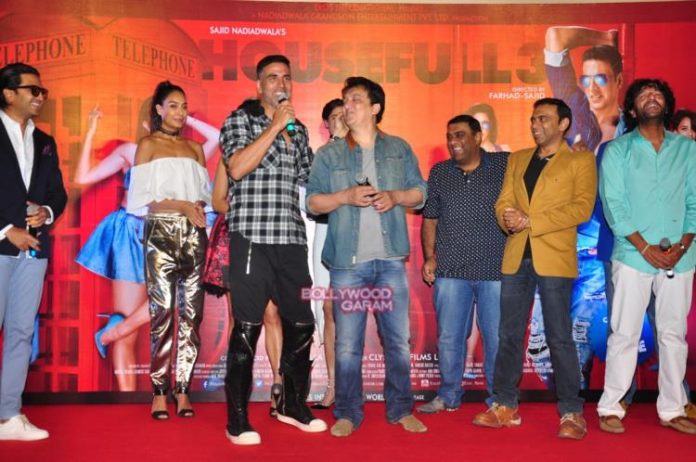 The entire cast of the upcoming movie ‘Housefull 3’ launched the trailer of the movie at an event in Mumbai on April 24, 2016. The launch event saw Akshay Kumar, Riteish Deshmukh, Abhishek Bachchan, Lisa Haydon, Nargis Fakhri and Jacqueline Fernandez.

The upcoming laugh riot is all set to hit the theatres on June 3, 2016.