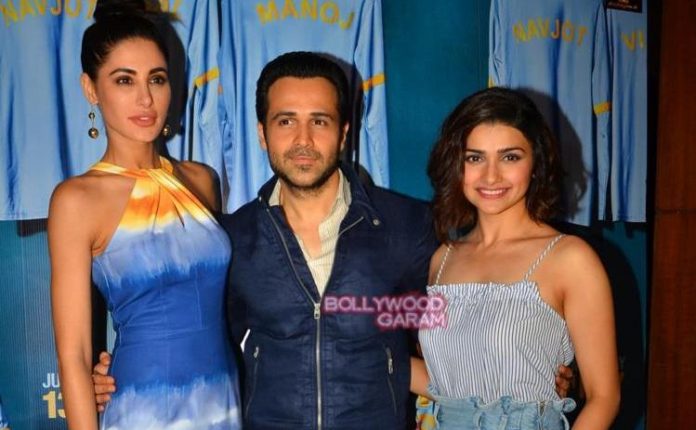 Actors Prachi Desai and Nargis Fakhri posed for a photo shoot as they promoted their upcoming movie ‘Azhar’ at an event in Mumbai on April 28, 2016. The movie based on cricketer Mohammed Azharuddin, also stars Emraan Hashmi.

The movie is directed by Tony D’Souza and produced by Shobha Kapoor, Ekta Kapoor and Sony Pictures Networks. ‘Azhar’ is all set to hit the theatres on May 13, 2016.