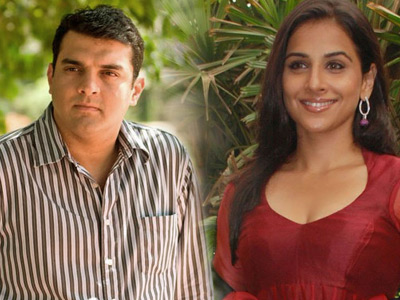 Apart from the wedding of the couple Saif Ali Khan and Kareena Kapoor, Bollywood this year will also be witnessing another high profile wedding of actress Vidya Balan and UTV chief Siddharth Roy Kapur. There are strong reports that Vidya and Siddharth are all set to get married this year in the month of December.

The couple had last year gone public about their relationship in an event. Since then the two have been seen together at many occasions at events and had also constantly been making trips abroad on holidays. It was more of an hush hush affair but still did not talk much about it in open.

The last that was heard from the duo was the two had bought a plush bungalow which is nearer to the sea in Mumbai for their newly married life. Close friends of the couple say that the two have decided to get hitched and will be tying the knot in the month of December.

However, none of the two have confirmed the news officially. Vidya has fairly caught fame in Bollywood with her recent successes with the movies ‘The Dirty Picture’ and ‘Kahaani’. While Roy is busy producing some of the much awaited movies like ‘Heroine’.