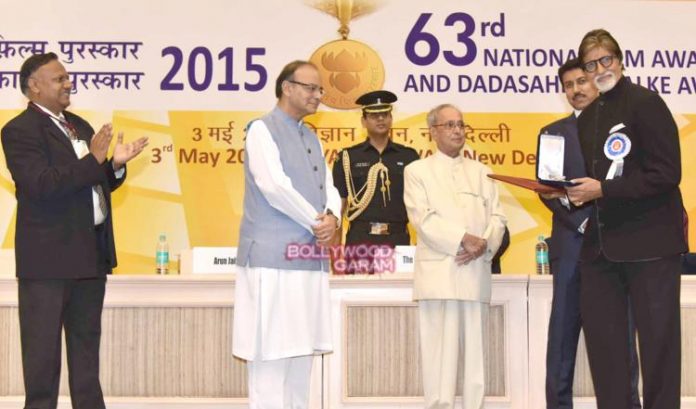 Year 2015 has been great and fruitful for Bollywood. Actors Amitabh Bachchan and Kangana Ranaut claimed the Best Actor and Best Actress honors at the 63rd National Film Awards ceremony held in New Delhi on May 3, 2016. The awards were presented by honorable President Mr. Pranab Mukherjee at Vigyan Bhavan.

The President gave away 21 awards in the non-film category and 51 awards from the Feature Film Category. The ‘Piku’ star looked great in a black suit while Kangana looked pretty in an off-shoulder outfit.