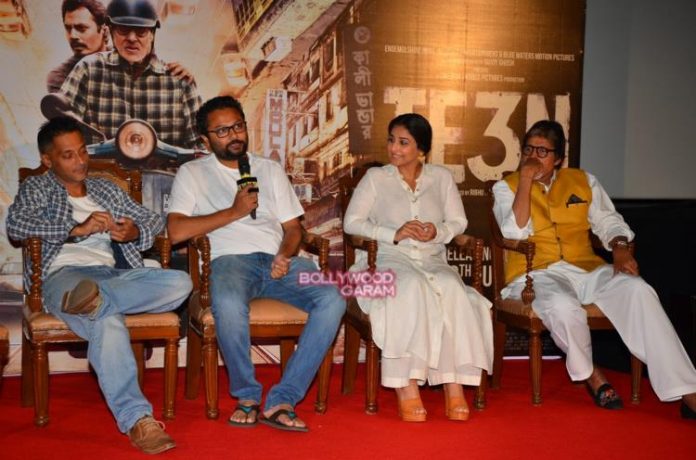 Amitabh Bachchan and Vidya Balan promoted their upcoming movie ‘TE3N’ at an event in Mumbai on May 4, 2016. The trailer of the flick talks about the missing granddaughter of Amitabh Bachchan’s character in the movie.

Vidya will be seen playing the role of a police officer. The movie is directed by Ribhu Dasgupta and is all set to hit the theatres on June 10, 2016.

Reports say that the movie is an unofficial remake of the Korean thriller Montage.