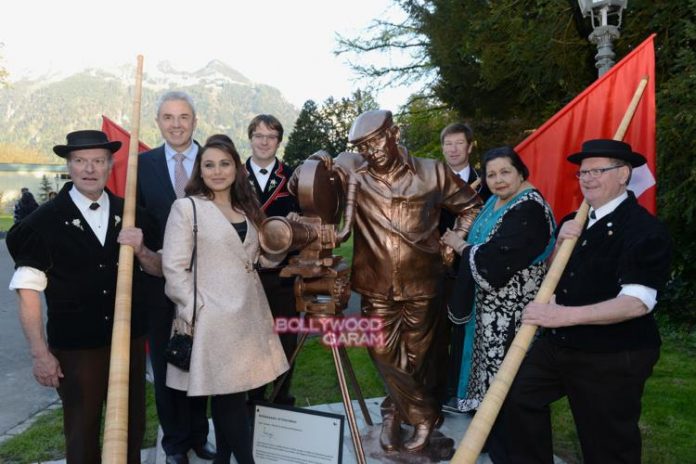 The government of Switzerland honoured Indian filmmaker Yash Chopra by dedicating a 350 kilos sculpture made of pure bronze. Actress Rani Mukherji and Pamela Chopra unveiled the statue in presence of Swiss Ministers and senior bureaucrats at Interlaken, Switzerland on May 5, 2016.

Chopra has captured the breathtaking locales of Switzerland in his movies. The sculpture has shown the filmmaker in his signature pose with a camera by his side.
The statue is located at a popular spot in Switzerland.