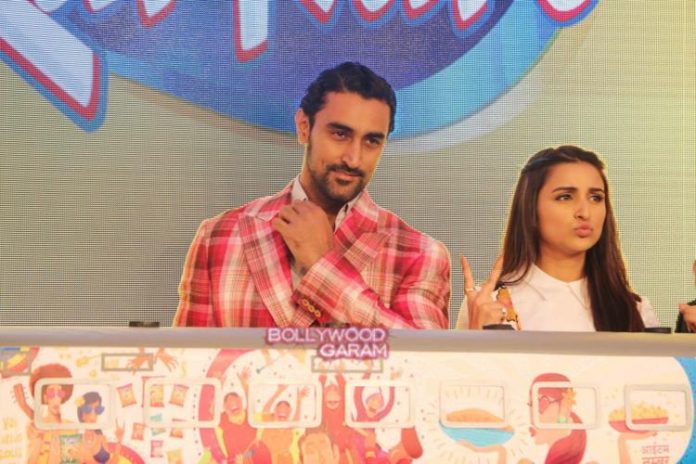 Bollywood actors Parineeti Chopra and Kunal Kapoor were snapped at a product launch event of Kurkure in New Delhi on May 5, 2016. The actors were a part of the event as the brand ambassadors of the product.

Parineeti looked pretty in a jumpsuit by Hemant and Nandita while Kunal appeared in a red checked coat, shirt and a trouser. Kunal and Parineeti are also seen in many of the funny commercials of Kurkure.

The actors at the event also talked about their favourite flavours and even played a few games.