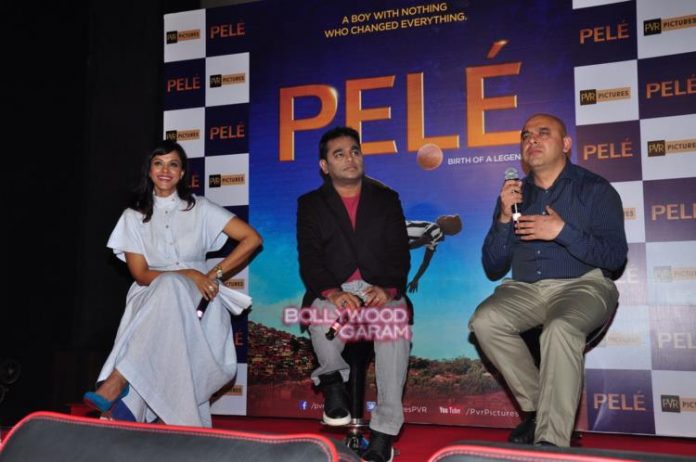 Bollywood’s music maestro A.R.Rahman launched the trailer and a song from the upcoming American biographical movie ‘Pele: Birth of a Legend’ at an event in Mumbai on May 9, 2016. The event was hosted by Manasi Scott.

Rahman was accompanied by PVR Pictures CEO Kamal Gianchandani. The movie is based on the Brazillian footballer Pele(Kevin de Paula) and is directed by Jeff Zimbalist and Michael Zimbalist.

Rahman while talking about his upcoming projects said that he is producing the movie called ‘99’ songs and is currently in the mid of the pre-production.