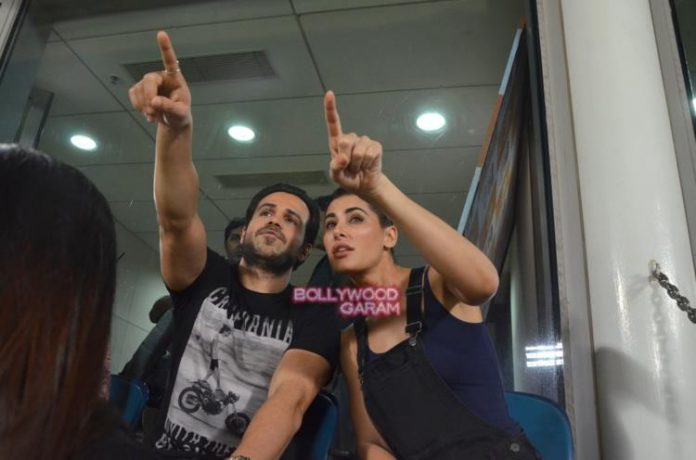 Bollywood actors Emraan Hashmi and Nargis Fakhri promoted their upcoming movie ‘Azhar’ at an IPL match held in Pune on May 8, 2016. Emraan appeared in a casual t-shirt and jeans while Nargis looked pretty in a dungaree and a tank top.

The upcoming movie ‘Azhar’ is one of the most awaited movies which is directed by Tony D’Souza and is based on the life of the veteran cricketer Mohammed Azharuddin. The movie is produced by Ekta Kapoor and Son y Pictures Networks.