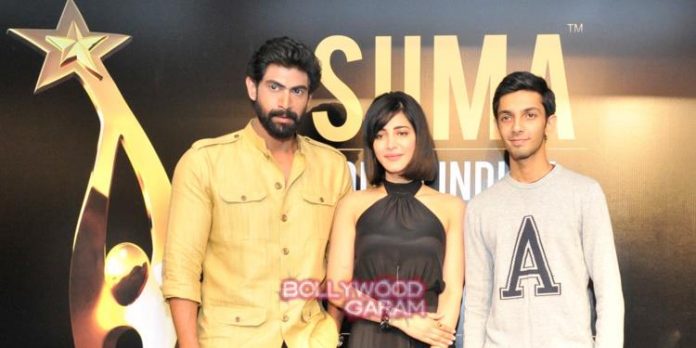 Actors Shruti Haasan, Rana Daggubati and Anirudh Ravichander announced the much awaited 5th edition of the South Indian International Movie Awards (SIIMA) which will be held at Suntec Convention Centre in Singapore on June 30 and July 1, 2016. The Awards recognizes the art of South Indian Film industry and brings together the stars and technicians of Telugu, Kannada, Tamil and Malayalam industries.

The press event also saw the presence of Brinda Prasad the chairperson of SIIMA.

The SIIMA Awards are assessed by the viewers and fans from across the globe through a unique voting mechanism and thus it represents the choice of fans.