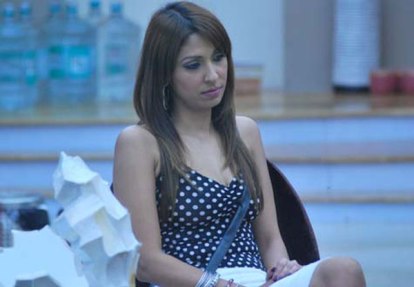 Model Pooja Missra might have been out of the race of Bigg Boss 5, but has gained a lot of popularity due to her aggressive stints while in the house. Moreover, the model has now also been flooded with offers from Bollywood and has also signed for Anup Jatola’s ‘All Out’.

Pooja in the film will be playing the lead role opposite three men. But Pooja is not done with it, she is looking forward to a career in Bollywood and says that she has two more films to do.

Missra added that the show shows a side of people which helps the show grab some TRPs. Pooja defended herself saying that her friendly and benevolent side of her was camouflaged on the show and made her unpopular. At present the model is back in the house as a translator of the Australian cricketer Andrew Symonds. Pooja will not be a part of the game.