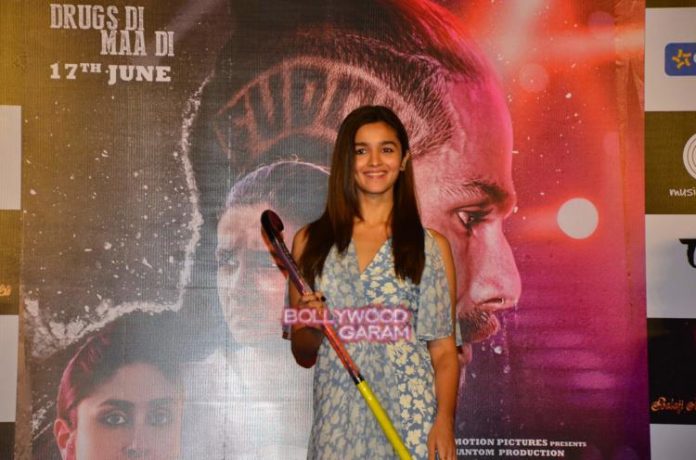 Actress Alia Bhatt launched another song ‘Ikk Kudi’ from her upcoming movie ‘Udta Punjab’ at an event in Mumbai on May 11, 2016. Alia looked pretty in a printed summer outfit and posed with a hockey stick.

The actress in the movie will be seen playing the role of a Bihari migrant who wishes to become a hockey player.