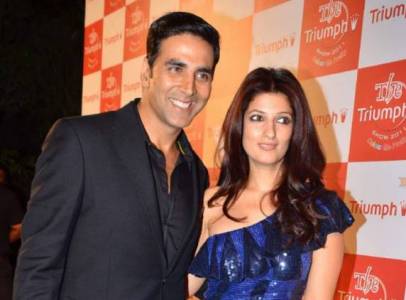 Reports have said that the former actress gave birth through a normal delivery and both mother and daughter are doing fine. Kumar last evening had rushed home from Jaipur where he was promoting his movie ‘Oh My God’, to be with wife Twinkle who had gone in to labour.

Akshay and Twinkle had tied the knot in the year 2001 and post marriage the actor was known as a family man. Akshay had earlier had a controversial life and was even after marriage linked with Priyanka Chopa.

Twinkle and Akshay have a 10 year old song Aarav and after the birth of a daughter, seems like the family is now complete. The actress is the daughter of the veteran actors Dimple Kapadia and Rajesh Khanna. Twinkle had retired from the film industry after her marriage and had ventured in to interior designing. Her father Rajesh Khanna had died on July 18, 2012. Twinkle has done interior designing for Rani Mujherjee’s house in the year 2006.