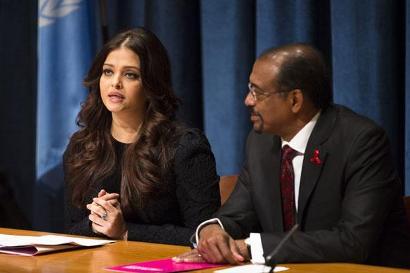 The new mother will be working with the UN program on HIV/AIDS which is also known as UNAIDS advocating the, “Global plan towards the elimination of new HIV infections among children and keeping their mothers alive.” Rai in a statement said, “Spreading awareness on health issues, especially related to women and children, has always been a priority for me’”.

The actress also said, “And now, as a new mother, I can personally relate to this – the joys and concerns of every mother and the hopes that we have for our children.” The plan Rai will be focusing on promotion in 22 countries which will include India, which accounts for more than 90 percent of the new HIV infections among the children.

Of those , 21 are in the sub-Saharan Africa where the estimated number of children newly affected by children by HIV fell by 25 percent between the year 2009 and 2011 according to UNAIDS.