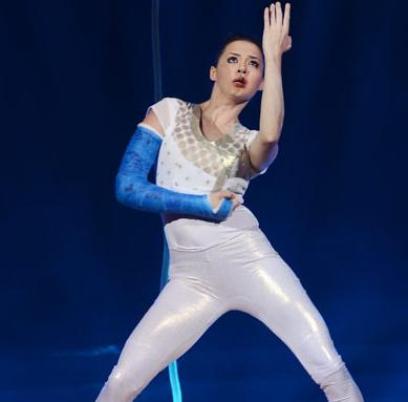 Bollywood actress Isha Sharwani, since the beginning of the show ‘Jhalak Dikhhla Jaa’ was the favourite of the audience as well as the judges. The actress along with her choreographer Salman Yusuff had managed to bring different dance forms on the stage, but now the actress has shockingly decided to back-out from the finale of the show.

Reports say that Isha had fell at a friend’s place due to which she has suffered injuries on her face. The actress does not wish to come in front of the camera. When Salman was asked about the reports, the choreographer confirmed it and said that it is true and she has got some injuries at a friend’s place and not during rehearsals.

But Yusuff refused to elaborate on the incident until the episode goes on air. Salman said, “Until it is televised, I won’t be able to comment on it. I am not in a state to comment over anything right now.”

A few weeks back the ‘Kisna’ actress had suffered an elbow dislocation after which she is on a cast but she still performed mallakhamb in the last episode. The finale will be fought between the celebrities Ritwik Dhanjani, Rashmi Desai and Gurmeet Chaudhary.