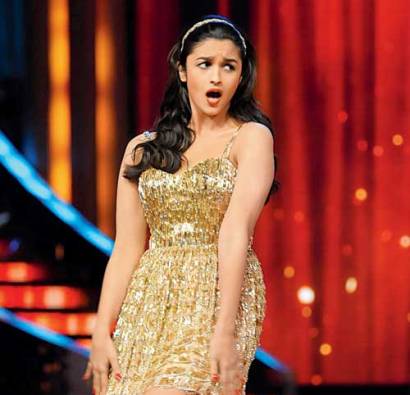 Debutant Aalia Bhatt is working hard to make sure that her upcoming movie ‘Student Of The Year’ works well. The actress was recently on the sets of the dance reality show ‘Jhalak Dikhhla Jaa’ to promote her movie directed by Karan Johar, when she fainted during a performance.

Bhatt had come along with the two other lead actors, Siddharth Malhotra and Varun Dhawan on the show. Aalia was performing on the song ‘Disco Deewane’ when she fainted. Sources from the unit said that the shoot took place at 10pm and the entire set was in chaos when she fainted.

People familiar with the incident said that it was the high energy dance which led to Aalia losing her consciousness. The source said, “There were lot of swirls and twirls. Remo, who is also a judge on the show, wanted to make sure that the act is high voltage. At the end of the act, she missed her balance but somehow managed to get herself back on her feet. However soon after, she collapsed”.

Karan, who is also the judge on the show had rushed to the aid of his heroine and the shoot was halted for nearly an hour. The director was extremely concerned and made sure that the actress was fine before the shoot began.