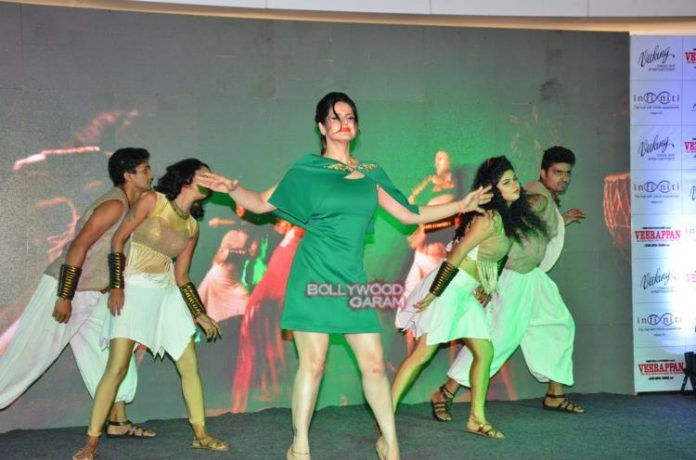 Actor Zareen Khan and filmmaker Ram Gopal Varma launched the song ‘Khallas’ from their upcoming movie ‘Veerappan’ at an event in Mumbai on May 14, 2016. The song launch event also saw the presence of singers Sharib-Toshi and Sachin Joshi.

Upcoming movie ‘Veerappan’ is a biographical flick written and directed by Ram Gopal Varma and is all set to be released on May 27, 2016.