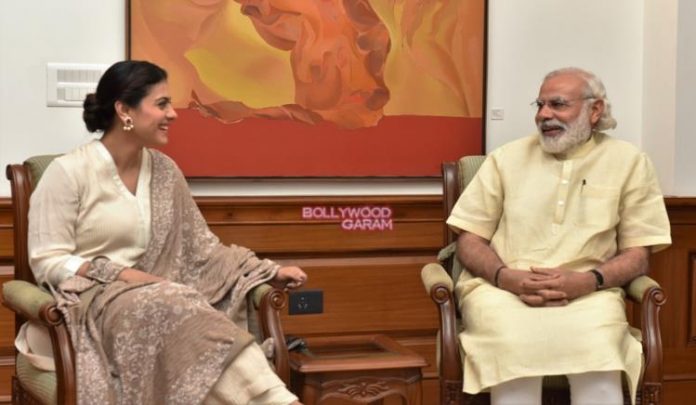 Bollywood actress Kajol met Indian Prime Minister Narendra Modi in New Delhi on May 18, 2016. The ‘Dilwale’ actress had a discussion with Mr. Modi over Lifebouy’s ‘Help a Child Reach 5’ which is a campaign associated with cleanliness.
The campaign helps to spread the importance of good hand washing habits across the globe. The actress has been talking about the campaign on various platforms.
The actress met Modi and later shared that the meeting went off well. Kajol looked pretty in an Anju Bhandari outfit.

Ginny Weds Sunny ready to be released on Netflix