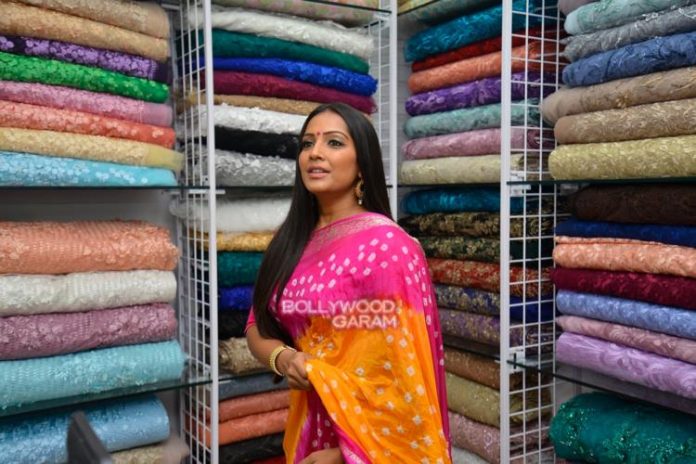 Actress Meghna Naidu was snapped at the inauguration event of a fabric store in Mumbai on May 18, 2016. Maidu interacted with the media and talked high about the new store that was launched.