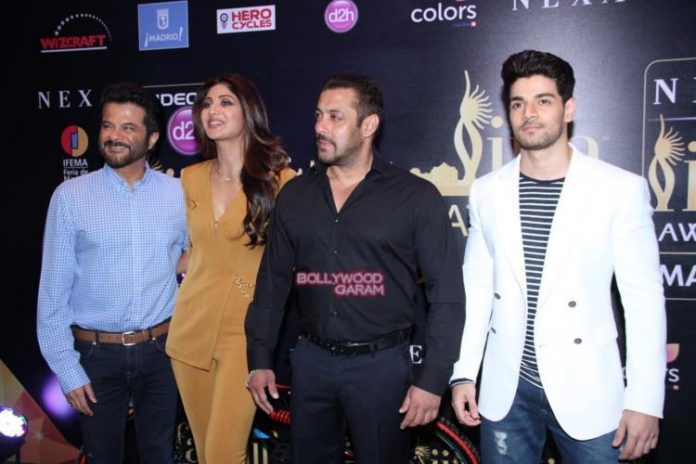 Celebrities from Bollywood gathered to announce the 17th edition of the International Film Academy (IIFA) Awards at a press conference in Mumbai on May 20, 2016. The attendees of the press conference included Salman Khan, Shilpa Shetty, Elli Avram, Anil Kapoor, Sooraj Pancholi and others.

‘Dabangg’ star Salman will be seen performing after a gap of four years but added that he will not be able to perform like Hrithik Roshan or Tiger Shroff.