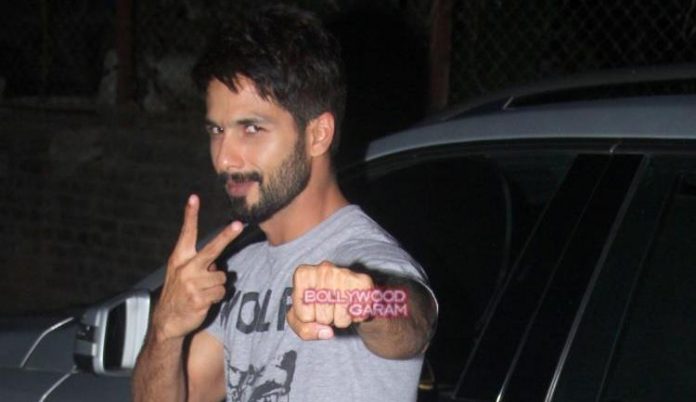 Bollywood star Shahid Kapoor is busy promoting his upcoming movie ‘Udta Punjab’. The actor was snapped while on a promotional spree in the city on May 25, 2016. The actor was seen in a casual t-shirt, half pants and loafers.

Shahid was all smiles for the shutterbugs.

The movie also stars Kareena Kapoor and Alia Bhatt and is all set to hit the theatres on June 17, 2016.