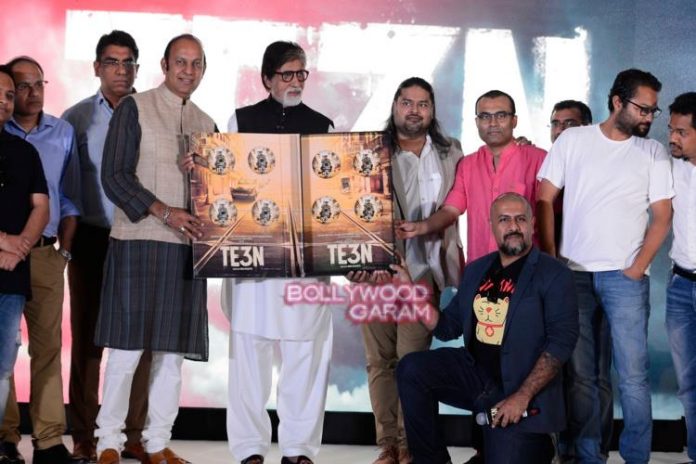 Bollywood superstar Amitabh Bachchan launched the songs from his upcoming movie ‘TE3N’ at an event in Mumbai on May 27, 2016. The actor at the launch event spoke about the song ‘Kyun Re’ for which he has lent his voice.

Mr. Bachchan at the event said, “Clinton Cerejo, the composer, wanted me to sing it in a way that it came across as a weak man singing. I don’t like singing in front of everybody because I am very conscious.”

The ‘Piku’ star was last seen in the movie ‘Ki and Ka’ in which he played a cameo role along with wife Jaya Bachchan.