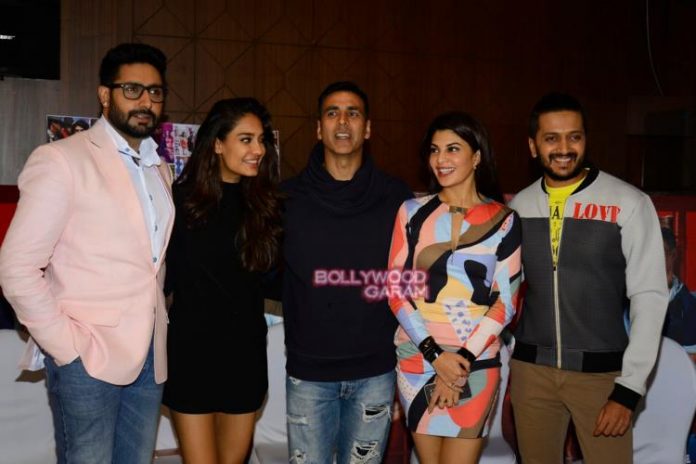 The entire cast of the upcoming movie ‘Housefull 3’ promoted at the TV show ‘Sa Re Ga Ma Pa’ Challenge in Mumbai on May 28, 2016. Actors Abhishek Bachchan, Lisa Haydon, Akshay Kumar, Riteish Deshmukh and Jacqueline Fernandez were snapped at the promotional interaction with the media.

The upcoming movie is all set to hit this weekend on June 3, 2016. The cast of the movie have been promoting hard the flick in recent times.

The movie is directed by Sajid-Farhad and produced by Sajid Nadiadwala.