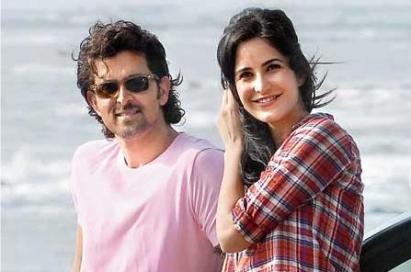 Bollywood actor Hrithik Roshan will soon be seen romancing Katrina Kaif in Hindi remake of the Hollywood movie film ‘Knight and Day’. The movie ‘Knight and Day’ is a 2010 romantic action flick which starred Tom Cruise and Cameron Diaz.

The movie was directed by Jams Mangold and had received mixed responses. Fox Star Studios is now all set to make the Indian version of the Hollywood flick. Reports have said that the Bollywood version of the movie will have new twists and a whole different storyline too. Hrithik will be playing Tom’s character while Katrina will be playing Diaz’s character. The duo were earlier seen in the movie ‘Zindagi Na Milegi Dobara’.