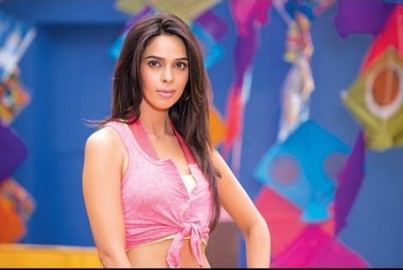 BollywoodGaram.com: Bollywood actress and item girl Mallika Sherawat has once created quite a buzz after one of her close friends claimed that she had a close affair with Hollywood heartthrob Antonio Banderas. But the “Hisss” actress has always chosen to remain silent on the issue.

Mallika appeared in an event to promote her upcoming movie ‘Kismet Love Paisa Dilli’ in which she starred opposite Vivek Oberoi. In the event, one of the reporters tried to ask questions about Banderas, but the actress dodged the questions and prompted her bodyguard who allegedly scared away the reporter.

The actress was first spotted at the Cannes festival bash dirty dancing with Banderas.