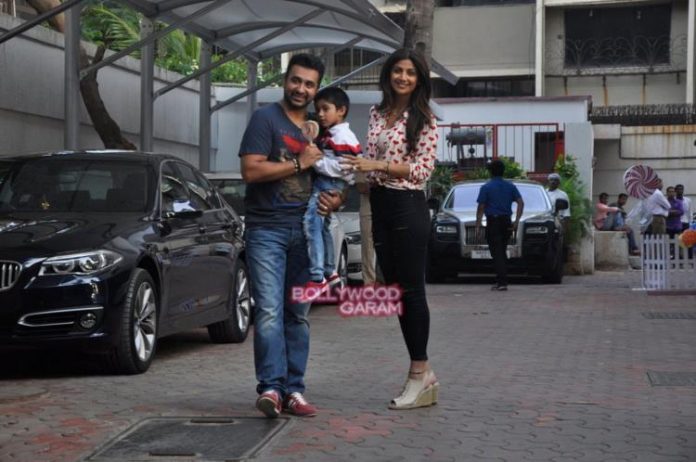 Indian businessman, Raj Kundra reacted to the several reports that claimed that all was not well between him and his wife actress Shilpa Shetty. Kundra took his Twitter account and rubbished all the rumours.
Earlier reports had claimed that the businessman was spending more time at the office and has infact shifted his base at the office. Raj reacted and wrote, “like seriously?? I better spend more time at home… whoops 1.30 am returning HOME from office [sic]”.
Raj and Shilpa got married in 2009 and recently celebrated their son Viaan’s fourth birthday at their residence on May 21, 2016. While this year saw many break-ups in Bollywood, Raj was quick enough to deny the false reports doing the rounds.
Actress Shilpa made her debut in Bollywood with the movie ‘Baazigar’ and later went on to star in many movies. Shetty met Kundra soon after her win on the reality show Big Brother. However, their romance was not smooth as Raj’s former wife Kavita had publicly accused Shilpa of being a home-wrecker. After enough speculations the couple got engaged in a private ceremony. The actress got married in 2009 gave birth to her son ‘Viaan’ in 2012