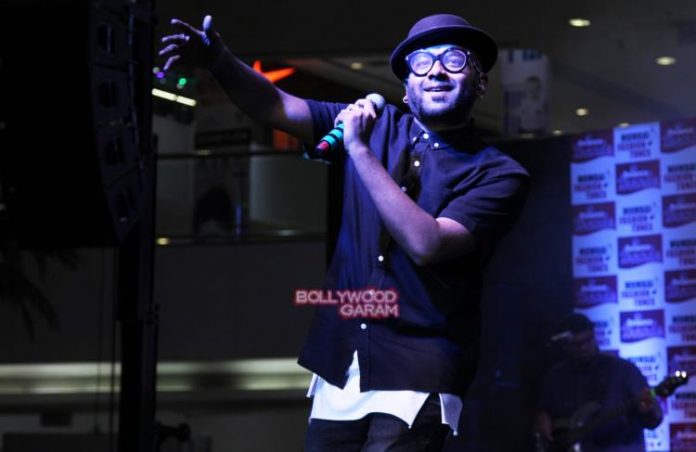 Bollywood singer Benny Dayal of ‘Badtameez Dil’ fame got married in a hush hush wedding ceremony with model and actress Catherine Thangam on June 5, 2016. The news was shared by composer Vishal Dadlani who announced on micro blogging site Twitter.
The composer posted a picture of himself with the newly married couple and wrote, “You guys are beautiful, Benny Dayal and Catherine Thangam! Much love and joy, always!” Benny in the wedding picture can be seen wearing a white kurta while Catherine was seen in a pastel color sari.
Reports say that Benny met Catherine through a common friend and followed Hindu and Christian rituals. New York based Catherine has performed on various prestigious stages with a variety of artists and singers in New York and New Jersey. The model has trained in classical Indian dance since the age of 11.
The actress has also played a cameo role in the 2014 short movie ‘100:The Tribute’. The movie pays homage to the past 100 years of Hindi cinema. More reports have revealed that a reception will be hosted in Kerala soon. Other singers from Bollywood Mika Singh and Salim Merchant congratulated the new couple. Benny has lent his voice for the movies like ‘Delhi 6’, ‘Ladies vs Ricky Bahl’, ‘2 States’, ‘Cocktail’, ‘Bang Bang’ and ‘Hasee Toh Phasee’.