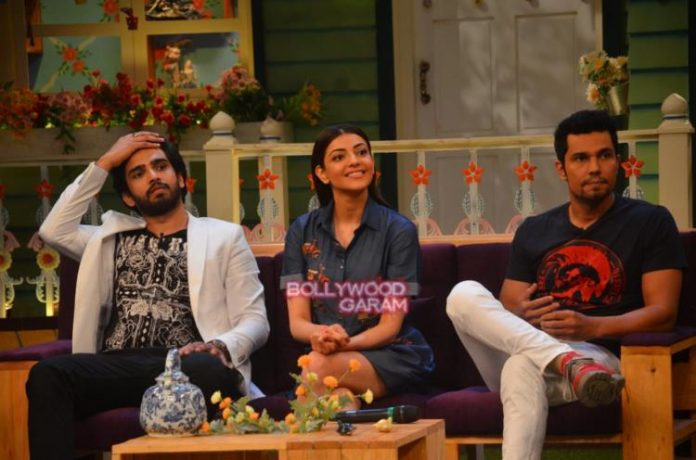 Actors Randeep Hooda and Kajal Agarwal promoted their upcoming movie ‘Do Lafzon Ki Kahani’ on the sets of ‘The Kapil Sharma Show’ on June 5, 2016. The actors were seen having a great time with the host Kapil Sharma and other characters on the show.

Randeep was last seen in the movie ‘Sarabjit’ opposite Aishwarya Rai.

Kajal in the movie will be seen playing the role of a blind girl who falls in love with an average looking guy, who promises to bring her eye sight back.