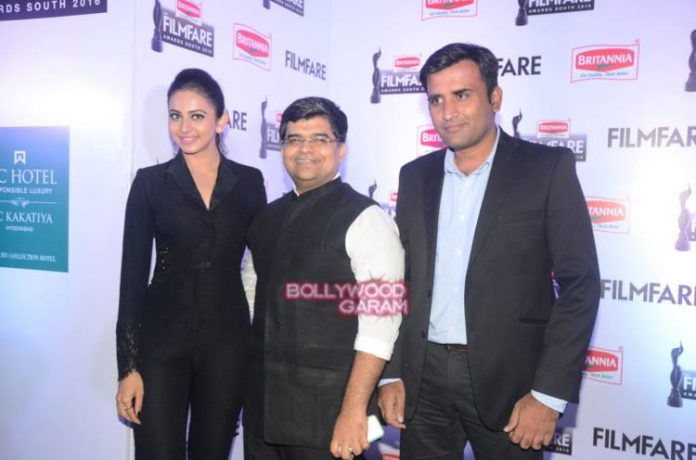 Bollywood and Tollywood actress Rakul Preet appeared as the chief guest at the 63rd Filmfare Awards South press meet held at Hyderabad on June 8, 2016. The actress looked pretty in a black outfit and lighted the inaugural lamp at the event.

The organizers of the event also released a list of the nominations for Tamil, Telugu, Malayalam and Kannada movies. The movie ‘Baahubali – The Beginning’ leads with 9 nominations.