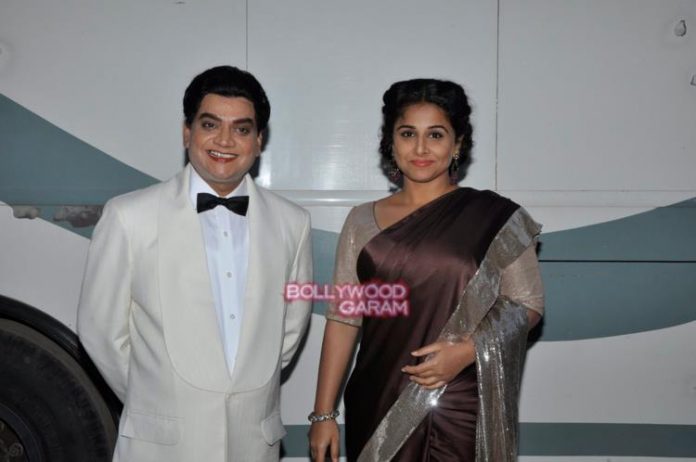 Bollywood actress Vidya Balan along with co-star Mangesh Desai promoted their upcoming movie ‘Ek Albela’ at an event in Mumbai on June 7, 2016. The actress looked pretty in a vintage sari and carried a vintage look.

The movie is directed by Shekhar Sartandel and produced by Monish Babre.

The Marathi movie also stars Mangesh Desai and Vidyadhar Joshi and is all set to hit the theatres on June 24, 2016.