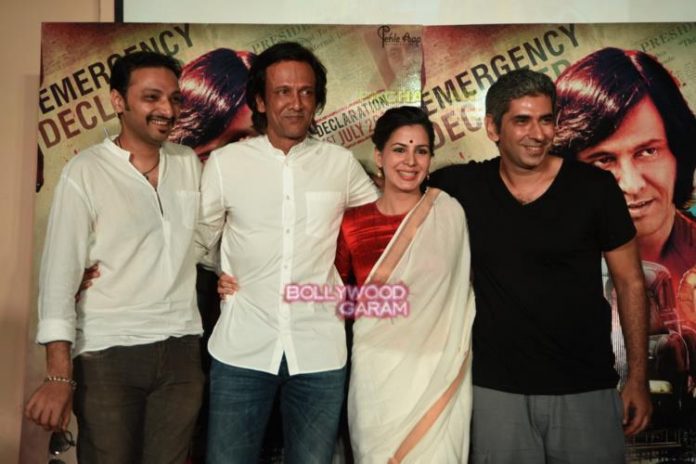 Bollywood actor Kay Kay Menon and Kriti Kulhari launched the trailer of the upcoming movie ‘San 75 Pachattar’ at an event in Mumbai on June 7, 2016. The upcoming action drama is directed by Navneet Bahl and produced by Kabir Lovee under the banner of Pehle App Motion Pictures.