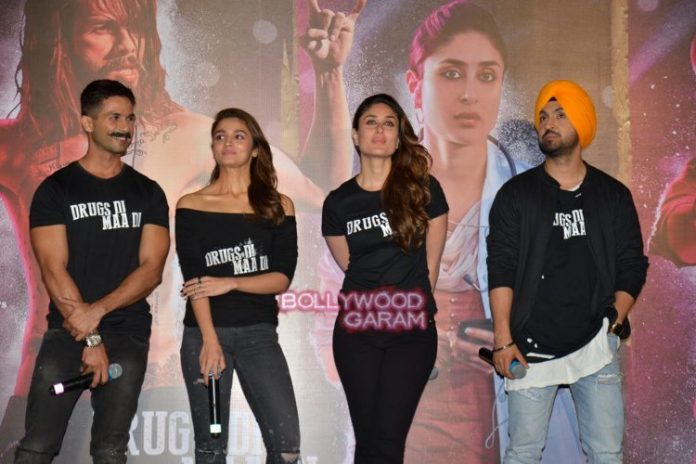 Upcoming movie ‘Udta Punjab’ has been news in recent times for being in trouble with the censor board. But now it seems like everything has fallen in place and the chief of the CBFC has passed the movie with an ‘A’ certificate.
Censor board chief Pahlaj Nihalani revealed the news on Twitter and wrote, “#Udta Punjab has been passed by CBFC with a ‘A’ certificate”. Nohalani added, “I follow the rule book, films are given certificate based on CBFC guidelines.”
This can be a great news for all the ‘Udta Punjab’ fans who were disappointed with the earlier reports. Pahlaj on the ‘Udta Punjab’ controversy said, “I follow the rule book, films are given certificate based on CBFC guidelines.” There were also reports that the movie has been banned and that the Censor board people were asking for the removal of the word ‘Punjab’ from the title.
The movie stars Shahid kapoor, Alia Bhatt and Kareena Kapoor and is directed by Abhishekh Chaubey. ‘Udta Punjab’ is based on the drugs problem in the state of Punjab and is produced by Ekta Kapoor under Balaji Motion Pictures. The movie is all set to hit the theatres on ‘June 17, 2016.