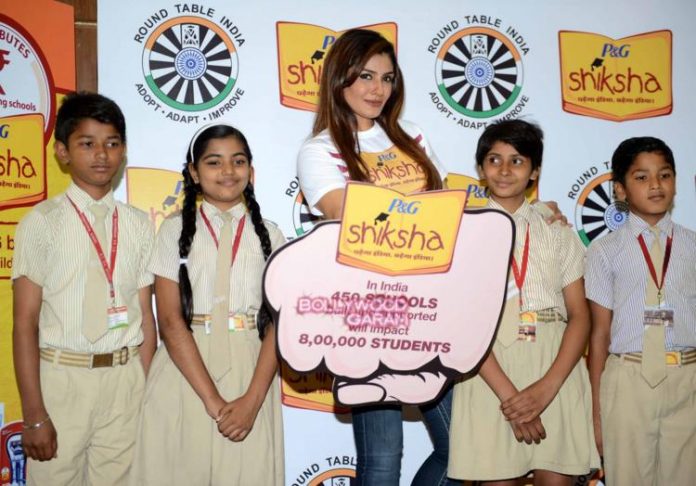 Indian actress Raveena Tandon has joined hands with P & G Shiksha that works towards the betterment of the underprivileged children in Delhi and the National Capital Region. The actress appeared at an event in Delhi on June 9, 2016.

Tandon appeared as the ‘Shiksha Superhero’ and joined the movement this year. The actress interacted with the audience and media and talked about the importance of education in the lives of children.

Moreover in the past P & G Shiksha has received generous support from celebrities like Anupam Kher, Abhay Deol, John Abraham and Arbaaz Khan.