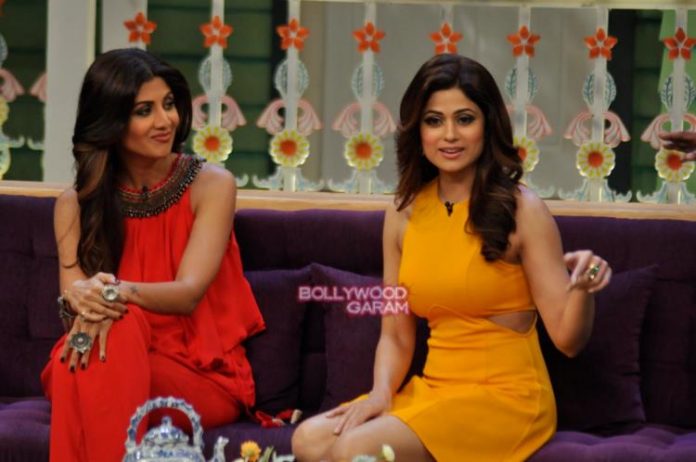 The sizzling Shetty sisters of Bollywood Shilpa Shetty and Shamita Shetty appeared on the sets of ‘The Kapil Sharma Show’ in Mumbai on June 9, 2016. Shilpa was accompanied by husband Raj Kundra, who was seen having fun with the host Kapil Sharma on the show.

Shilpa looked gorgeous in a red jumpsuit while sister Shamita appeared in a little yellow dress.

Shilpa and Raj were recently in news over their break-up rumours, but all that was put to rest after Raj opened up and rubbished the reports.