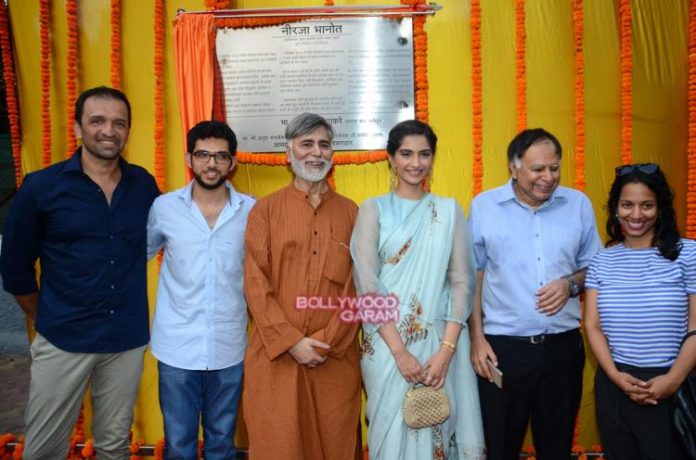 Bollywood diva Sonam Kapoor was thrilled and honored to inaugurate Neerja Bhanot Square in Mumbai on June 15, 2016. Kapoor was appreciated for her portrayal of the brave airhostess Neerja Bhanot in the movie ‘Neerja’.

The event also saw the presence of Aditya Thackeray. Sonam interacted with the media and expressed that it was a good decision to name a junction after the late airhostess who saved several passenger’s lives during a hijack.

On the work front, Sonam is preparing for an upcoming movie by sister Rhea Kapoor and will feature Kareena Kapoor Khan.