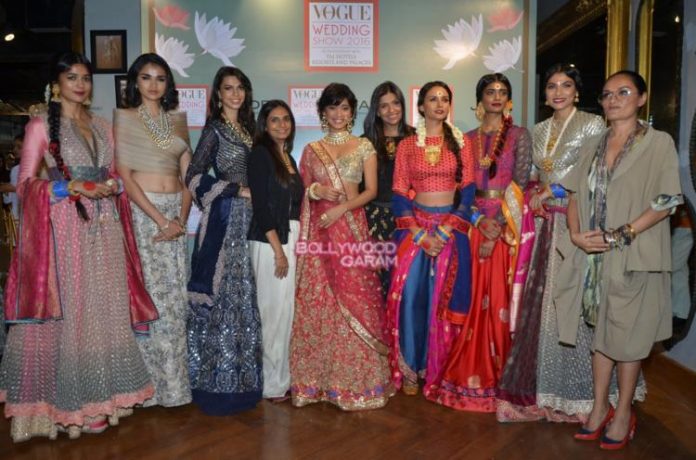 Bollywood actress Sayani Gupta, who has played a number of roles in films, was snapped as a pretty bride at the Vogue Wedding Show 2016. The actress turned showstopper for designers Karishma Swali and Monica Shah at the show.

Gupta interacted with the media and said, ” I really identify with what they stand for. It’s extremely exquisite and the work is very intricate, so much so, that it really reminds me of my grandmother passing her wedding trousseau to me.”

The actress was last seen in the Shahrukh Khan starrer ‘Fan’.