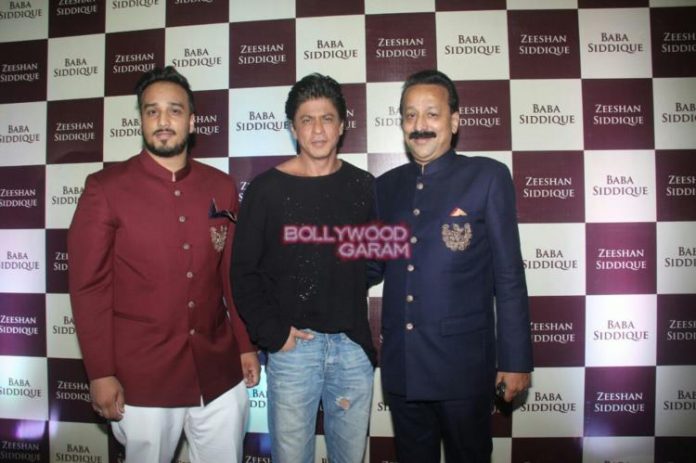 Celebrities from Bollywood flocked to Baba Siddiqui’s Iftar party held in Mumbai on June 19, 2016. The glittery Iftar bash saw The Who’s Who of Bollywood as well as the TV Industry.

Salman Khan’s sister Arpita Khan, Aayush Sharma and their son Ahil were the showstoppers. Baby Ahil had his first public appearance. Baba Siddiqui’s Iftar party became popular when Salman and Shahrukh were not in talking terms. But this time the Bollywood biggies were seen greeting each other.

Shahrukh arrived late at the party as he was busy shooting for an ad before the party. There were rumours that Salman would attend the Iftar party along with rumoured girlfriend Lulia Vantur but that did not happen. Salman looked dapper in a black kurta pyjama while Shahrukh arrived in casuals.