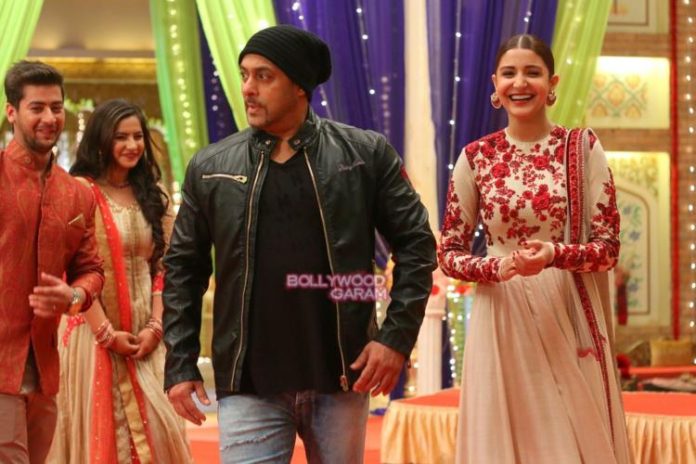 Bollywood stars Salman Khan and Anushka Sharma promoted their upcoming movie ‘Sultan’ on the sets of the TV show ‘Udaan’ in Mumbai on June 21, 2016. The actors shot for a special integration episode with the actors of the show including Vijayendra Kumeria, Meera Deosthale, Paras Arora and Vidhi Pandya.

The episode is a part of the promotions of the movie which is due to hit the theatres on July 6, 2016.

The upcoming sports-drama movie is directed by Ali Abbas Zafar and Salman will be seen playing the role of a wrestler.