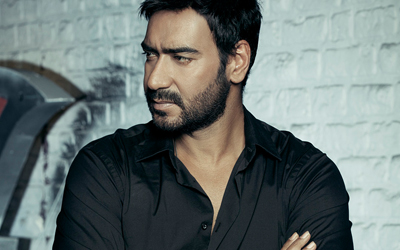 Reports say that Ajay is reportedly very impressed with Rajamouli’s work in the movie and has also lent his voice for the movie, which is all set to released on October 12, 2012. The movie is about the revenge of a fly, which has super powers.

The interesting part of the movie is that the fly in the flick seems to be inspired by the actor, and it can also be seen in a shot where it balances on two horses. According to some sources, there are also possibilities that the fly might deliver the popular ‘Singham’ dialogue ‘Aata Majhi Satakli’.

Ajay is so impressed that he has also convinced wife Kajol to lend her voice for the movie. Rajamouli has a good 100% box office record with one super hit and seven blockbusters. Meanwhile, Ajay is also preparing for the release of the upcoming movie ‘Son Of Sardar’.