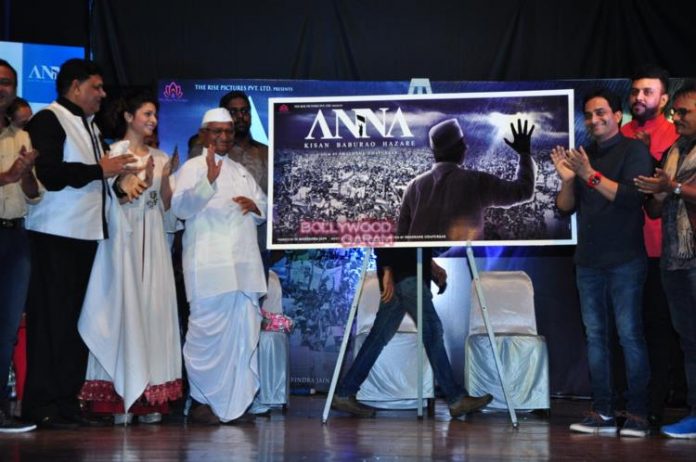 The audience through the movie will get to know about Hazare from his childhood to the army days, the current day when he is fighting against corruption. Hazare at the launch event said, “This film is not fictitious. It is not that the script is made out of imagination and then a film is made on it. This is practical. The film is based on what happened on the ground and because of this, there would be good weightage for the film”.

The poster of the movie has Anna waving to a crowd.