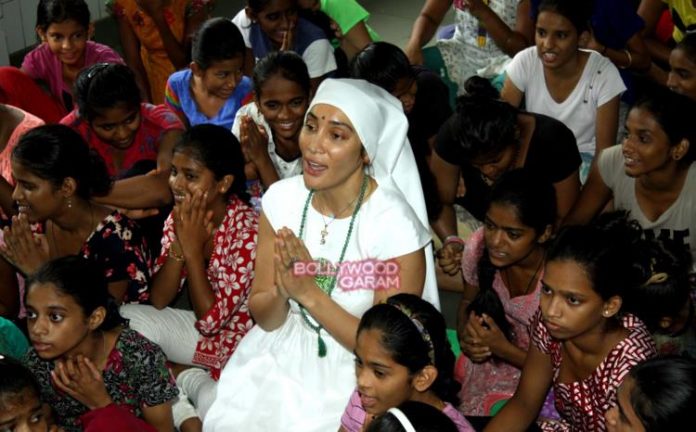 Actress turned saint Sofia Hayat, who is now known as Gaia Mother Sofia, distributed notebooks, bags and stationary to the children at the Bal Bhawan NGO in Mumbai on July 5, 2016. Sofia is these days doing a lot of charity work after she announced that she has turned in to a saint.

Gaia Sofia also cut a big cake with the children and spent about four hours singing songs with them.