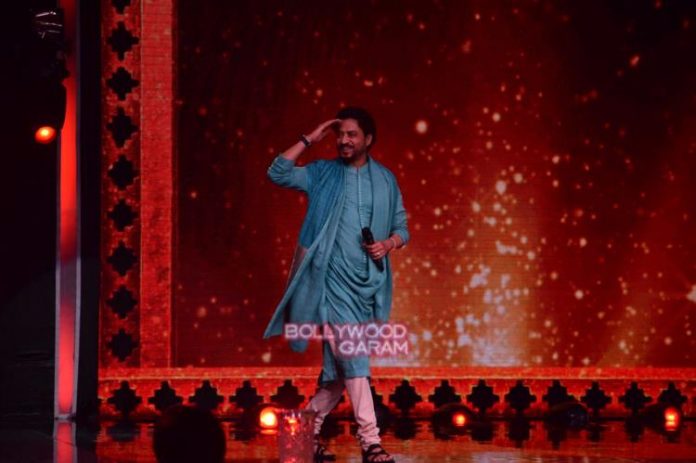 Indian actor Irrfan Khan promoted his upcoming movie ‘Madaari’ on the sets of the TV show ‘Sa Re Ga Ma Pa’ in Mumbai on July 6, 2016. Khan appeared as a celebrity guest at the Eid special episode of the show.

Irrfan was impressed by all the performances on the show by the contestants and expressed that he wishes to sing at least one song in a film by next year.

The actor was last seen in the movie ‘Jazbaa’ and is currently working on a number of projects in Bollywood.