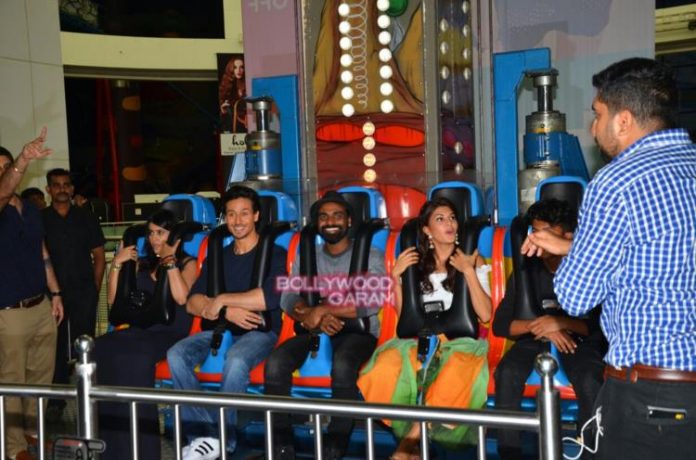 Actors Jacqueline Fernandez and Tiger Shroff along with Hollywood actor Nathan Jones launched the trailer of their upcoming movie ‘A Flying Jatt’ at an event in Mumbai on July 18, 2016. The launch event also saw the presence of Remo D’Souza.

Jacqueline looked pretty in a white crop top and a colorful skirt while tiger appeared in casuals. Upcoming movie ‘A Flying Jatt’ is directed by Remo D’Souza and produced by Ekta Kapoor, Shobha Kapoor, Sameei Nair and Aman Gill.