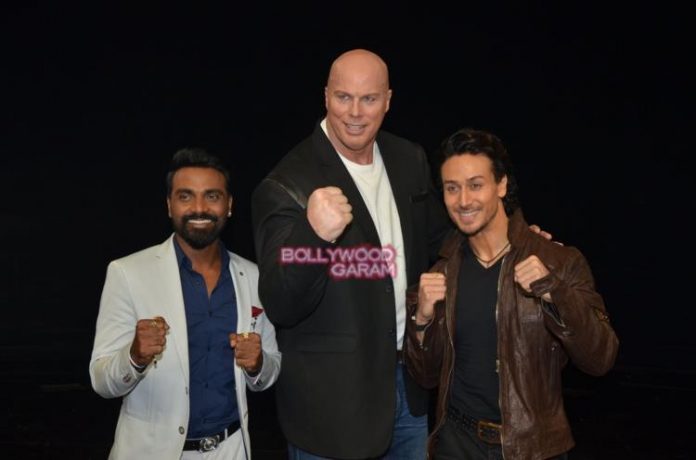 Bollywood actor Tiger Shroff along with Hollywood actor Nathan Jones promoted their upcoming movie ‘A Flying Jatt’ on the show ‘Dance +’ in Mumbai on July 19, 2016. The movie is directed by Remo D’Souza, who is also the judge on the show.

The show saw some great performances on stage and also saw lead actor Tiger groove on some of his tracks. Shroff was seen interacting with the contestants and also posed shirtless. The participants of the show XIX put up an act that was dedicated to the movie ‘A Flying Jatt’.