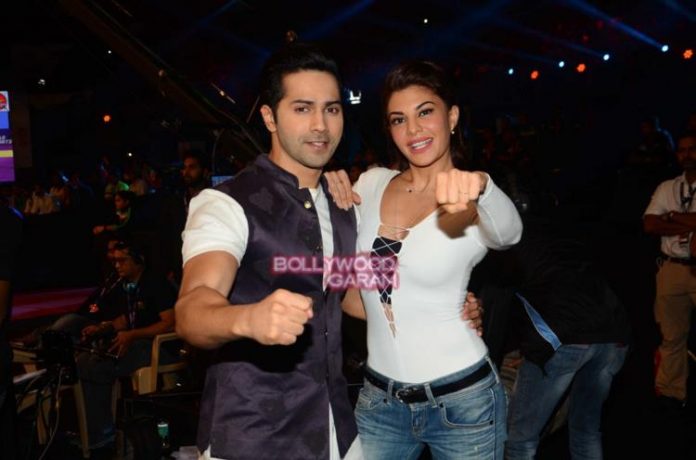 Bollywood actors Varun Dhawan and Jacqueline Fernandez promoted their upcoming movie ‘Dishoom’ at a Pro-Kabaddi League match in Mumbai on July 23, 2016. Varun looked great in a kurta, pyjama and a jacket while Jacqueline looked pretty in a casual denim and a white full sleeve top.

Varun and Jacqueline had a great time watching the match and cheered for the team that they were supporting. The actors are promoting hard their movie as it is all set to hit the theatres on July 29, 2016. The movie is directed by Rohit Dhawan, who will be making a debut as a director.