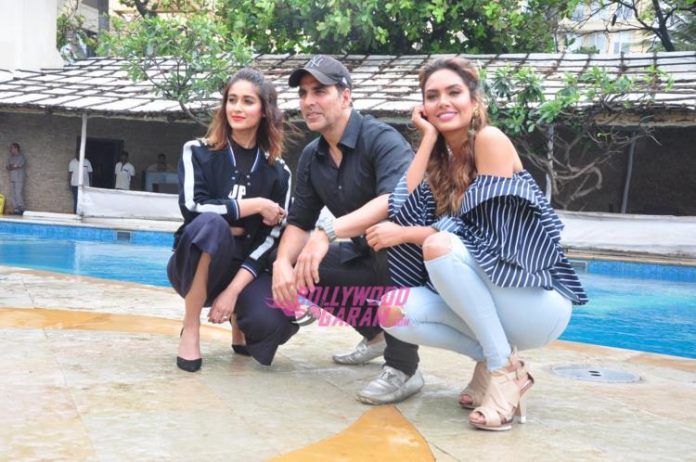 Actors Akshay Kumar, Ileana D’Cruz and Esha Gupta promoted their upcoming movie ‘Rustom’ at an event in Mumbai on August 1, 2016. The movie is based on the real life incident of the naval officer KM Nanavati.

This will be the first time Akshay will be playing the role of a naval officer. Akshay was seen in casual black outfits while the two ladies grabbed all the attention in casual outfits.

The movie ‘Rustom’ is directed by Tinu Suresh Desai and is all set to hit the theatres on August 12, 2016.