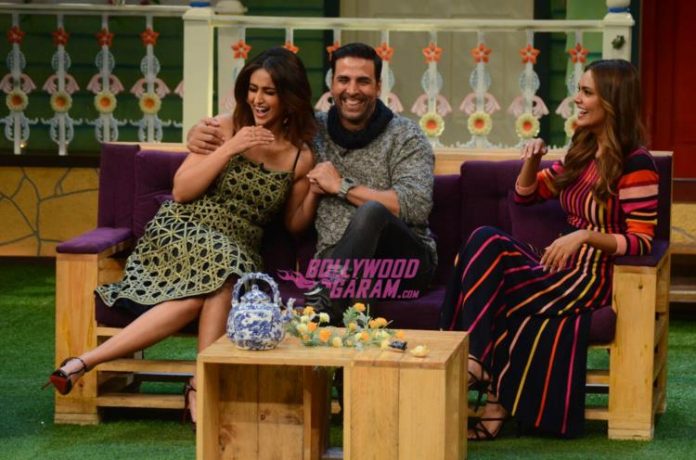 Actors Akshay Kumar, Ileana D’Cruz and Esha Gupta promoted their upcoming movie ‘Rustom’ on the sets of ‘The Kapil Sharma Show’ in Mumbai on August 5, 2016. The makers of the movie are leaving no stone unturned to promote the flick and are covering every possible platform.

The movie ‘Rustom’ is based on a real life incident of Naval officer K.M Nanavati and is directed by Tinu Desai.